Hey everybody, I hope you had awesome holidays and one heck of a good New Year’s! I don’t know about y’all, but this whole holiday break thing still has me a little sluggish on the blog-writing front! I know it’s time to write one but I keep telling myself: later…I’ll write one later… but I guess later has finally arrived. 😀 But anyway, as I hinted in my last post, there will be some new things to look forward to on this blog for 2013 that I hope you will enjoy. Nothing is set in stone yet and titles and general ideas are subject to change at my every whim of course but basically, I plan on having one or two planned pieces every week or every other week (as well as my usual posts of course) including a Movie Monday as well as a Book & Music selection of sorts. As you’ve all probably guessed by now, I’m a music freak and I LOVE discussing my favorite finds, so get ready to talk music people! And movies!

I also will have a new segment that will appear sporadically –as in whenever I feel inspired to write one – that will be called Unsigned Letters, or something similar to that. Unsigned doesn’t feel exactly right though, because they’re more un-addressed than unsigned but I don’t think un-addressed is actually a word…is it? Either way, these will be letters from me to people I know (be they real or fictional), from character to other characters, and/or whatever else I think of at the moment. I think it sounds both exciting and cathartic at the same time. What do you guy’s think, good idea? I certainly like it! 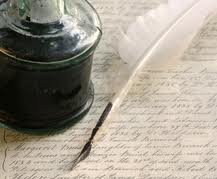 Now, all the business aside, let me just say…I SAW THE HOBBIT! Last Saturday my mom, my bestie, and I all went to the theaters and loaded up on buttery popcorn (ick) and cheesy nachos (YUM) and waited gleefully to fall back under the spell of Middle Earth. I didn’t know whether to sigh or squeal when that familiar music first reached my ears! After a bit of a slow start, the movie picked up its pace and I ended up loving it! Watching it felt like coming home again…but to a new and slightly odd family. I missed my favorite characters and I admit it took me a while to truly comprehend that this was a new story and that it wouldn’t be like the others or have the same feel (even though I’ve read the book before so go figure) but overall I enjoyed the movie and the new characters, and I can’t wait to see where the story goes from here! There was this funny moment though somewhere in the first thirty minutes where the movie got really really quiet and I randomly heard the beginning of One Day More from Les Miserables (which I guess was playing in the theater next to ours and which I will be going to see hopefully this Saturday!) and I almost jumped out of my seat because 1) I wasn’t sure if anyone else heard it or of it was just me (and if it was just me, what did that mean exactly…?) And 2) I hate having movies spoiled before I’ve seen them (even if I know what’s going to happen already) and I was worried it would ruin the movie for me somehow. Yes, I’m weird like that 😛 But thankfully, it didn’t spoil anything and my best friend leaned over after a second and whispered “Do you hear that?!” which reassured me that I was not hearing things! 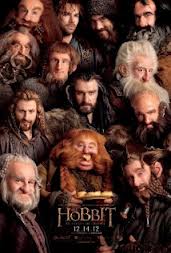 So what about y’all, anything new and exciting in the works for your blogs? Any awesome holiday stories to share? And have you seen the Hobbit yet and if so, what did you think?