Hello again my lovelies, just another reminder to check out my second blog Whimsical Mutterings where today we’re delving into the Top 9 Moments We Need To See In Star Wars Episode IX!!! If you couldn’t tell already, this is going to be a heck of a Star Wars year and I am HERE FOR IT!!! Hope to see you there! ❤ 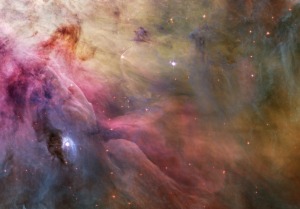 Photo From Google. All Rights Belong To Artist.

Hello again my lovelies, I’ve missed you all like crazy! 😀 This isn’t a real post exactly — I just wanted to try out this new WordPress app and see how easy it is to create and publish new posts (the one on my old phone was a nightmare lol). So far I’m liking it! I’m kinda hoping the ease of this new app will get me back into the swing of posting regularly…because let’s be honest here, I’ve been slacking lately! Oh well, no one’s perfect 😉 So wish me luck and hopefully you’ll see some real Moonstonemaiden posts soon!

Well my lovelies, I’m chalking up this latest blogging break to unexpected computer issues, the added pressure of a new job, and my own personal reasons, but suffice it to say, I’m back!!! I’m so sorry for getting behind in reading and responding to all your wonderful posts on your blogs and as well as the comments and feedback you’ve given me here, but I’m up and typing and busy getting back down to blogging buisness! So thank you for the tags, nominations, and flat out patience, I promise to get to them all in time, along with my own posts of course. And I’m writing the next installments in the Fairest series and the Ratha James story now, so expect to see them soon! Image From Google. All Rights Belong To Artists.

Thanks again my lovelies and I’ll post again soon!

Well my lovelies I do believe the reign of Whiney-Tara (aka me with a cold/sinus/thing) is finally coming to an end and I am happy to report I’m feeling better at last! I still kind of resemble Rudolph a bit, and sound a little less than lovely — and I randomly choke on what I can only guess is a shift in the air — but I’m feeling MUCH better and am ready to get back to my regularly random-scheduled blogging!

So, it’s photo challenge time again my lovelies, and this week the challenge is Eye Spy, which is much more of a challenge than I initially realized. I don’t really zero in on the eyes when I’m out snapping pictures but I dug up a few I think work pretty well. I hope you enjoy! 😀

And because he’s just so darn cute: 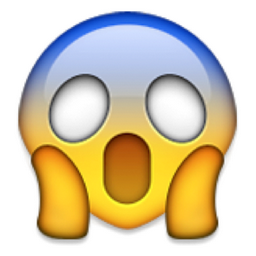 Yep, that’s right, the dreaded sniffles have returned and Whiney-Tara once again reigns supreme! I’m sleepy, and stuffy, and sinus-y, and yuck! GRRRRRR.

Anyway, it’s currently day three of Sniffles-Watch December 2015 and while I’m incredibly thankful that my throat no longer feels like the burning depths of flaming Tartarus, I now have nearly no air passing through my Rudolf-esque nostrils — resulting in the fact that I now sound like a semi-adorable cockney version of my southern self lol. Yeah, go-figure that one. I was literally sitting here watching the first Pirates of the Caribbean movie, quoting along with it as per usual, when I suddenly heard myself saying: “Stap bla-wing hoe-wels  in moi sip!!!” It was entertaining and frightening all at once.

But sudden onset-accents aside, I’ll muster up the strength and determination (mostly the determination) to type up new posts for you soon (aka tomorrow). But right now I’m still Whiney-Tara, and Whiney-Tara just wants to rewatch old episodes of Full House and keep sipping nice, cold sweet-tea like the nectar of the Gods that it is. ‘Til tomorrow my lovelies 😀

Happy Thanksgiving my lovelies, I hope you’re having a wonderful, relaxing, and family and friends-filled holiday!!! Today I’m celebrating with a Downton Abbey marathon, which kind of feels like I’m having Thanksgiving at Downton itself (which is a delightful prospect truth be told)! I can only too easily imagine the sumptuous feast Mrs. Patmore and Daisy could prepare…

But wondrous feasts and impeccable manners aside, there really is so much that I’m thankful for in my life: my family and friends, my characters, their stories, and new exciting and terrifying new prospects on the horizon, just to name a few. But right now I want to say how incredibly thankful I am for each and every one of you. You my lovelies — whether you be old friends or new or even first-time readers — you make my life rich and absolutely wonderful. Your support, friendship, banter, and your own incredible blogs mean the world to me and I am just so thankful for all of you and for all the love and support I receive here at Moonstonemaiden! Thank you so much, you all rock something fierce! (And I’ll make sure to save you a piece of Mrs. Patmore’s delightful pecan pie!) ❤

Hello again my wonderful lovelies, I told you I’d be back today! Sigh, I’ve missed being here and speaking with you all, don’t get me wrong reading up a storm is delightful and a favorite pastime of mine, but after a while it does get rather lonely — and there’s not much of a creative output just reading lol. So here I am, back with you all again and ready and raring to go!

So just to get reacquainted and back up to date, I think I’m going to do a Things I’m Loving Right Now list and hopefully my thoughts can sort themselves back out so I can get back into the groove of posting regularly and often 😀

And there you have it my lovelies, these are the things I’m loving/obsessing over right now (you know, besides being back here in the blogosphere with you all again!). I’d love to hear what you’re loving right now though, so leave me a comment and let me know! Have you seen Outlander? Did you enjoy it? Have you totally fallen in love with Jamie Fraser? Are you a pumpkin fan? And what about that OUAT finale?!!! Let me know! 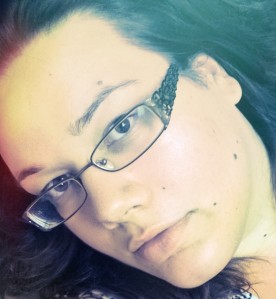 Hello my lovelies!!! I’ve missed you all like crazy in my (latest) absence (I have an excuse I swear!) and look forward to catching up with you all 😀 I’ve been on a bit of a reading binge, for like 8 months now, just reading, reading, reading EVERYTHING until about a month ago when I abruptly stopped, took a breath, and began thinking once more of my lovely place here on the blogosphere. I realize posting this late isn’t ideal so expect to hear from me again soon my lovelies, tomorrow most like, and we’ll have a nice catch-up and I’ll dish about my latest obsessions, aka loves (Outlander’s Jamie Fraser, Season Four of OUAT and more…)! See y’all tomorrow 😀

…Or rather I went on an adventure but either way there’s adventure afoot my lovelies! This past weekend my bestie and I had a Bestie Weekend (a clever and original title of course, lol) and we spent our time racing from one place to the other, having fun, meeting new and old friends, eating out,  and generally ignoring real life for a day or two which is always lovely. I think I took literally hundreds of pictures — refreshing my collection for future weekly photo challenges — and I figured I’d go ahead and post a few now just because I feel like it 😀

So…we began our whirlwind wonderings of St. Augustine at the beach, because I mean where else would you go when you’re waiting for a taco party to begin?! 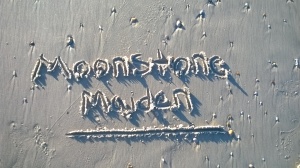 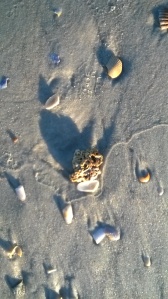 And then skipping forward a few days we hit Downtown for some awesome Barbeque Chicken pizza at Al’s:

Before spending a few hours meandering aimlessly down winding St. George Street and the sprawling green of the Fort! 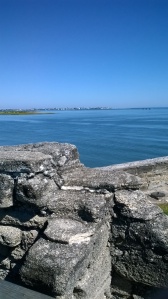 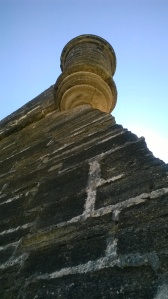 Hello again my lovelies!!! Just wanted to let you know that new Moonstonemaiden posts will be appearing soon and regularly now that I finally have internet at home again! For the last year or so I’ve been struggling to get posts out on my phone and it just wasn’t working right (probably because I have no clue how to work anything tech based lol) and I refused to give y’all sub-par quality stuff, but now it’s back to business! Thank you to everyone who has stuck by me, you guys are the best 😀 For any new readers, I hope you enjoy poking about on the archives until I have a new post up and don’t forget to check me out on facebook!