Hello again my lovelies, it’s once again time for the Weekly Photo Challenge with Symmetry being our goal today! I had to scrounge around for a bit, but I think I found some symmetrical pictures worth sharing, even if one is randomly Christmas themed. But really who doesn’t love a plate full of yummy chocolate-covered pretzels? 😀 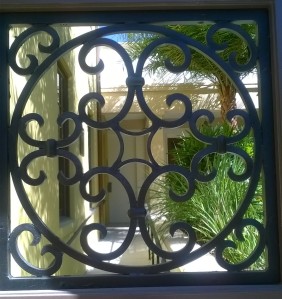 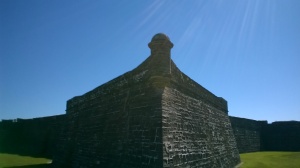 I love how I snuck the holiday one right in the mix there don’t you? And please don’t forget to check out yesterday’s Valentine’s post, Loving These Epic Romances, if you haven’t already, it’s one EPIC Moonstonemaiden list you don’t want to miss! 😀

Happy Valentine’s Day my lovelies! I hope you’re all having a wonderful relaxing day full of love and happiness, whether you’re single or taken, personally I’m having a movie day at home with my wonderful Mom and we’re starting things off with the third Twilight movie, Eclipse. I was hoping she would put the first one in so I could type in peace (I seriously dislike the first movie) but she put one in that I like and now I’m trying to think, type, and pay attention at the same time so if you get some random movie quote in here somewhere, you know my mind caved from the strain for a minute! What can I say, I’m not a gifted multi-tasker 😀

As an uber fan of the romance genre in general, I’ve come across my fair share of great love stories over the years that have stayed with me (way to many to count trust me, I usually won’t watch or read anything that doesn’t have at least a romantic sub-plot!). But only a handful of these stories and characters have been truly epic and risen above the others to become more to me, becoming a part of what that makes me who I am. So like the great Moonstonemaiden Valentine’s Day posts of the past (which you can revisit here and here), we’re celebrating this day of love with a list of epic romances! For this year’s list, the characters and stories come from books, plays, movies, and musicals, pretty much any source that yields awe-inspiring love stories other than the drabness that is the real world! So in no particular order of favorites (because I’m not that cruel to myself and I already have a headache to deal with), I give you:

1) Juliet Capulet and Romeo Montague- From Shakespeare’s unforgettable and immortal play,  Romeo and Juliet to me will always come to mind whenever I think of epic romances. Sure they were young and stupid and only knew each other for three days, but I’m a firm believer that these two experienced the most debatable and unexplainable forms of romance: love at first sight. This story has ranked as one of my favorites since I first read the play when I was 14 and throughout all its incarnations in both film and the written word, I have found it to remain epically beautiful.

2) Mary and Matthew Crawley- The central love story of Downton Abbey, the love between Mary and Matthew survived jealousy, rivalry, social class differences, initial hatred, and World War One. Matthew breaks down Mary’s outer shell and reveals the softness at her core, and she in turn loves him with a strength and honesty that I envy. Though their story was ultimately tragic, I can’t forget the way I felt watching their romance unfold over the seasons. Their lives weren’t perfect or easy but they fought for one another and ultimately they found each other, even if for only too-brief a time.

3) Katniss Everdeen and Peeta Mellark- From Suzanne Collin’s phenomenal Hunger Games trilogy, this epic romance is set on an epic stage that few others would desire or even dream of. I’ve mentioned my love for Peeta before, but it’s his love for Katniss that is truly beautiful and inspiring in this series. Peeta’s heart shines throughout the books and movies and it’s wonderful to see a love like theirs grow.

4) Margaret Hale and Mr. Thornton- Elizabeth Gaskell gave the world this epic romance in her amazing novel North and South, and their smoldering love first caught my attention in the form of the 2004 BBC film adaption. Margaret’s naivety and Thornton’s rough demeanor lead to countless misunderstandings and a tension that just permeates the whole of the novel and movie. Simply put, Thornton and Margaret are glorious together.

5) Jane Eyre and Mr. Rochester- Thank the heavens for Charlotte Bronte’s incredible novel Jane Eyre and the epic love story of unloved but independent Jane and her mysterious, tortured, and delicious employer Rochester. This epic romance is always at the top of my list and it never disappoints. If you have a spare four hours I suggest watching the BBC miniseries version, trust me, one episode in and you’ll be irrevocably hooked by the haunting drama of this ghostly love story.

6) Elphaba and Fiyero- This Wicked epic romance has one of the best soundtracks of all time! I mean Defying Gravity and As Long As You’re Mine, really could this romance be any better? I think not. The bookish outcast and the popular airhead make such a breathtaking pair and from the first  moment they meet, you just know they’re going to change each others lives For Good.

7) Christine Daae and the Phantom- THE MOST EPIC OF THE EPIC ROMANCES: THE PHANTOM  OF THE OPERA, or at least I think so anyway. 😀 I can never get enough of the Phantom, his muse, and their tragic romance (and the soundtracks aren’t bad either!). He’s disfigured and she’s beautiful, he needs her and she fears him. The pain, the drama, the MUSIC. There’s just something so real and haunting about their love and it never leave you once you experience it.

8) Cathy Earnshaw and Heathcliff- Oh my stars for the love of Wuthering Heights, bless you Emily Bronte for this epic romance gem! In my mind this romance, the Phantom of the Opera, and the Beauty and the Beast tale, are all very similar, distinctive but connected in someway and I love every one of them. Heathcliff is brutal and Cathy is wild and their story is heartbreaking! 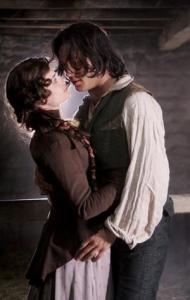 9) Belle and the Beast- My favorite fairytale romance of all time is definitely the most epic as well. There’s just something so endearing in the Beast’s plight for love and Belle’s discovery that she has found someone to understand her at last. I swoon every time I watch the Disney movie or read the book by Robin McKinley. And really, he gave her a library…you can’t get anymore epic than that!

10) Scarlett O’Hara and Rhett Butler- Gone With The Wind is timeless and it’s love story is simply epic. No more needs to be said for this Southern charmer. Really…just go watch it 😀

11) Rose Dewitt Bukater and Jake Dawson- Titanic was the biggest movie ever when I was eight and it first came out. Ever since I saw them together for the first time, I knew Jack and Rose were the real thing and their love was epically legendary. Granted I think Rose could have let Jack float on the door and live as well, but other than that tiny miscalculation on their part, these two are pretty much perfect. Every rich girl needs a handsome poor artist to dance crazily with and to draw her wearing her new diamond necklace…only her new diamond necklace.

12) Padme Amidala and Anakin Skywalker- George Lucas gave us a galaxy far far away and a love story so epic that it can never leave our hearts, or mine anyway. I will forever heart Anakin and Padme and I doubt I will ever watch the third movie without hoping Ani chooses to remain a Jedi and not go on a destructive spree. I mean he became a Sith to protect her…epic much?

13) Bella Swan and Edward Cullen- Despite my being a firm Team Jacob fan nowadays, I wasn’t always. It took many years for me to see that Jacob was the man for me, but all that aside, once upon a time I was in love with Edward and Bella’s romance from Stephenie Meyers’ Twilight saga. It took me on one helluva emotional rollercoaster ride and became one of my favorite book series. My mom also fell in love with this epic romance and remains a staunch Edward fan…needless to say it gets a bit tense whenever we watch the movies. I don’t think she ever forgave me for going to college and coming back a Jacob fan, lol!

14) Calahada Saiiai and Mytheous Cadvarous- And last but certainly not least, the Epic couple from my own novel Believe!!! I’ve had this epic romance in my head since I was thirteen years old and their love story brought to life so many others as I have a whole list of WIP’s that are being written as quickly as I can write them. Which is admittedly slow, I’m not the fastest writer ever 😉 This really is the Epic Romance that changes my life the most! To read more about this epic romance please click here!

So what did you think of my list my lovelies, do you agree with my choices? Did I leave out any of your favorite Epic Romances? Leave me a comment and let me know!