It’s that time once again my lovelies and this week the challenge is Orange, one of my three favorite colors. (Which are green, purple, and, well you know…just in case you were wondering lol!) 😀 So let’s get this thing started! 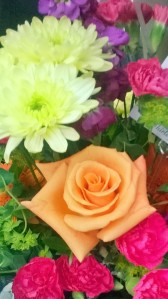 There you have it my lovelies and I hope you feel inspired to share some of your own orange photos (I sadly realized how few orange photos I actually have lol)! And OUAT Season Three Moments will be posted soon — tomorrow mostly likely — so prepare for the greatest Moonstonemaiden list  ever posted…yet!

P.S. The snail was something I discovered one day and nearly flipped out over because of it’s outrageous cuteness, I mean look at that orange shell!!! Needless to say I snapped quite a few photos and then rushed inside to show my mother and brother (who were noticeably less excited than I was I have to admit). After I insisted that we name him — and because all three of us insisted on a different moniker — the poor fellow’s name ended up being the rather dashing: Marmaduke Phteven Sunrise 😀