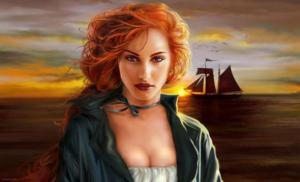 Image From Google. All rights Belong To Artist.

The Adventures of Ratha James is a historical romance about a notorious female pirate by the name of Ratha James and her ill-fated return to England where her deadliest enemy — her husband Lord Derek Richards — still waits to reclaim his runaway bride. When her best friend and fellow runaway Maddie Kingston is kidnapped Ratha is forced to delve into a life she thought safe behind her to bring her friend home before it’s too late.

The story will be posted in small-ish increments on the blog and I’ll always post the links onto this page, just in case you miss one or want to look them over again 😀

7 thoughts on “The Adventures of Ratha James”